How Could Solar Energy Help You Save on Thanksgiving? 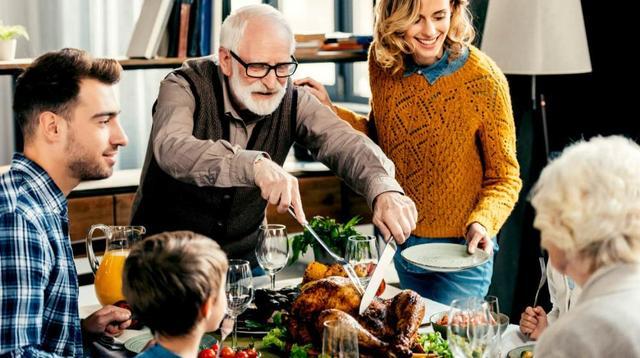 Thanksgiving is a known holiday spent with family and friends, where we cook and eat a lot, all together. But you probably never thought of the amount of energy you may be using while cooking all these meals.

Would you believe it if we tell you that 2 kWh of energy for ONE single pie is enough to run a fridge for over a day? That’s right! So, how much power would each meal consume?

Sharing a turkey for a Thanksgiving feast is the norm in the United States.

It takes on average 4 hours to cook a turkey. In addition, let’s take into consideration that powering an electric oven at 350 degrees uses about 2 kWh.

Therefore, one turkey would be 8 kWh of energy, which could be enough to power an entire office and HVAC unit for 16 hours.

Stuffing is known to be the best part of thanksgiving. Although you can purchase it at your local grocery store, it's always better to make it from scratch as a family.

Stuffing doesn’t simply involve mixing ingredients. You would also need to bake and cook some of the ingredients, which means more energy usage.

For instance, 1 bowl of stuffing would equal 2 kWh of energy which is enough to power a laptop for 45 hours.

Mashed potatoes are usually homemade, and take a lot of physical energy to make them.

There are many ways to make mashed potatoes. You might have a family recipe but take into consideration that it takes on average 1 kWh of energy for 1 pot of mashed potatoes which could be 13 pots of coffee.

Finally, let’s talk about dessert. Have you ever been to a Thanksgiving feast without a pie? It’s too delicious!

But between preheating and baking, one pie consumes 2 kWh of energy which would be the same as running your refrigerator for a day and a quarter.

As you can see, cooking for thanksgiving consumes a lot of energy. But, how different would it be if you have a solar system installed? The answer is simple, there would be a huge difference since solar functions all year round.

Therefore, if you’re also looking to save on your electric bills, you can reach us out at 1-877-954-6473 to have one of our experts stop by and determine if you’re a good candidate for solar.