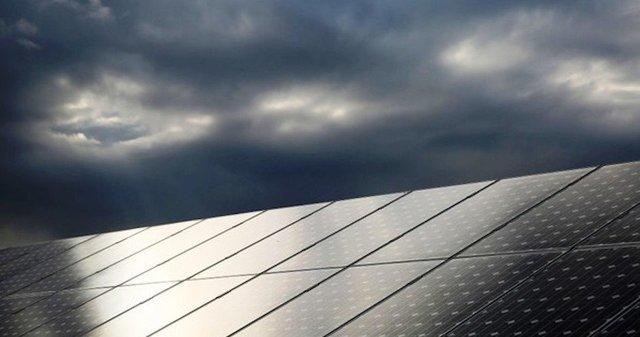 As we all know, solar panels need direct sunlight to generate electricity and we love solar to take full advantage of the natural resource. But as a solar homeowner, it can be frustrating when the weather gets cloudy instead of sunny. Therefore, will solar panels generate enough during cloudy weather? The short answer is YES!

Quick question: Have you ever been sunburned on a cloudy day? If so, you might’ve been surprised by how it happened, right? Simply explained, the clouds didn’t completely block off the sun’s UV rays.

Therefore, it’s the same for solar panels. While cloudy days might look inefficient for solar panels, the solar radiation will still penetrate the clouds which will allow electricity production.

The only difference would be the amount produced by your solar panels. Of course, they will not produce as much as they do during sunny days but will generate between 10-25%, which is decent.

How is electricity through solar panels generated?

When your solar panels are exposed to the sun’s rays, the sunlight will be converted to direct current (DC) which would then be turned into an alternative current (AC) by the inverter.

When you produce more electricity than you can consume, the power goes back to the grid to be used by the utility for net metering.

Varying from state to state, Net Metering generally gives you credit for the excess amount generated and allows you to draw that credit when your system isn’t producing enough electricity.

In conclusion, your solar panels will work as well during cloudy days. They will not generate as much as they do during sunny days, but will still produce between 10-25% which is decent.