Snow Guards: 3 Advantages of Installing Them 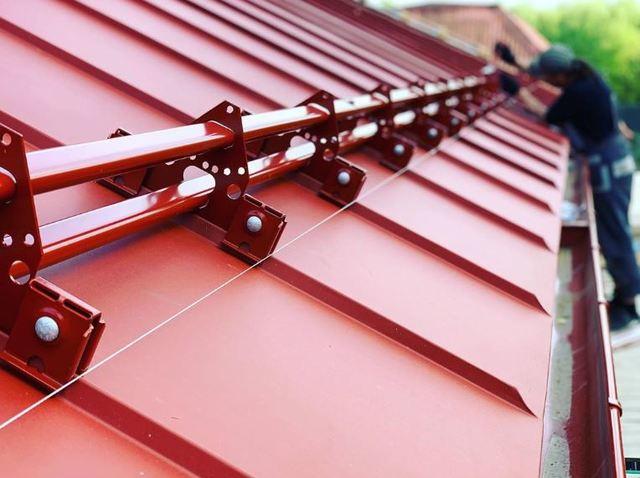 During winter months, we tend to see no harm with snow on the roof as it looks beautiful. However, snow accumulated on your roof can lead to severe damage to its structural integrity.

But it's not the end! There are different things you can do to prevent roof damages during winter. In this article, we will focus on snow guards and discuss the advantages of installing them on your roof.

1. What Are Snow Guards?

Snow guards are devices installed, primarily to retain the snow accumulated on your roof after a heavy snowfall.

Snow guards tend to hold the snow through multiple layers on your roof, allowing it to melt gradually instead of sliding off all at once.

- Home Safety: During a snowfall, snow is accumulated on your roof, sometimes becoming compact once stopped. In this situation, snow guards will prevent the snow from sliding off in one big chunk, as well as injuries.

- Long-Term Roof Protection: Every time snow slides off your roof, it makes its structural integrity prone to potenial damage including cracks and leaks.

- Home Value: In case if you plan on selling your home, snow guards add value to your home due to its long-term benefits for the household and the home.